The Saudi Sports for All Federation (SFA) today inaugurated the official Women’s Football League (WFL) in the Kingdom of Saudi Arabia at a launch event in Riyadh. 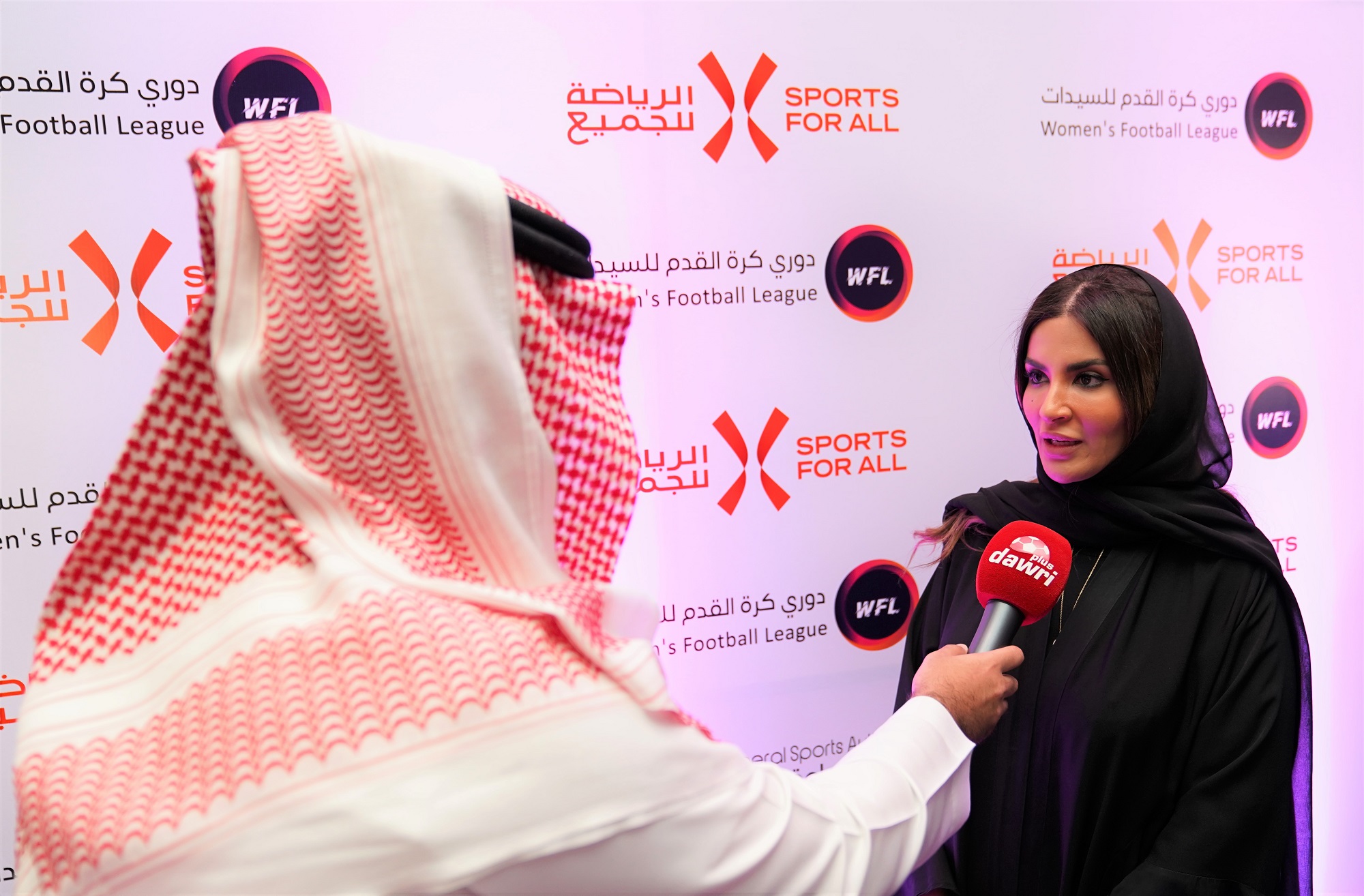 Under the SFA initiative umbrella and fully funded by the Federation, the WFL is a nationwide community level league for women aged 17 and above that will be mainly staged in three cities for the first season – Riyadh, Jeddah, and Dammam – with the potential for more depending on registrations.

The WFL format, with a total prize allocation of SR 500,000, will consist of preliminary rounds in each area to establish regional champions. These will then go on to a knockout stage, the WFL Champions Cup, to determine the national champion of Saudi Arabia with the final match date to be announced later in the season.

“With the boundless support of His Majesty King Salman, HRH Crown Prince Mohammed bin Salman and Chairman of the General Sports Authority, HRH Prince Abdul Aziz bin Turki Al-Faisal, the commencement of the Saudi Women’s Football League is one more major leap forward for the future of our country, our health, our youth, and our ambitions to see every athlete be recognized and nurtured to their fullest capability,” said HRH Prince Khaled bin Alwaleed bin Talal Al Saud, President, Saudi Sports for All Federation.

“A strategic and historic step under the Quality of Life program, the WFL is a pillar initiative of the Saudi Sports for All Federation and contributes to the realization of Vision 2030 for a healthier and more active society” said Prince Khaled, applauding the League’s launch. “Active people, and the bolstering of women in sports and recognition of women’s athletic achievement are all important steps forward. The SFA is excited to see this landmark women-centric competitive series become a reality,” he continued.

The WFL launch, a significant moment in the country, also stands to impact the wider region positively by greatly strengthening visibility of women in sports and the prioritization of women’s fitness, health, and wellness. The official league branding was also unveiled at the launch event, together with its symbolic meaning of unity and harmony among players.

“Empowering women comes through positive and proactive programs like the WFL that have been conceptualized to continue to have lasting impact on health, fitness, and wellbeing. The SFA, committed to putting women at the forefront of our mission to grow Saudi Arabia’s healthy and active community, continues to engage public and private sector stakeholders to realize this aim together,” said SFA Managing Director Ms. Shaima Saleh Alhusseini.

Ms. Alhusseini added that this was a qualitative shift in women’s sports in the Kingdom, and that the WFL will also contribute numerous technical and administrative gains as well as increase experiences. “Spearheaded by SFA Director of Sports Development Ms. Sara Aljawini, the SFA team members who structured the WFL studied all aspects of the new League, conducting continuous workshops to ensure the wider WFL infrastructure and lasting impact metrics,” she said.

The SFA has ensured that the football pitches are ready for the start of the WFL in March 2020, with fully-female organizational and technical teams in place to manage the various committees working towards delivering the League. The WFL infrastructure teams will address and complete administrative requirements, refereeing, and technical and medical issues.

A significant boon of the overall WFL program is that coaching and refereeing courses are planned to further develop the country’s infrastructure for women in sports. The SFA’s investment in the WFL includes both women’s coaching and women’s refereeing training to fully flesh out the far-reaching program’s potential and maintenance.

At a later stage, SFA and WFL will be communicating details on additional leagues and football events and festivals targeting girls aged 16 and below. These WFL verticals, under the banner of “Beyond Football” will be focused on building a strong base for future participation beginning with girls aged five.